skip to main | skip to sidebar

Stranded Catholic Feminista has at least 2,000 $ to hire a car and driver to transport crippled, old Witch and Service Dog, OUT of the Confederate's land of racism, rheumatism, and fleas, back HOME to the California Hot Springs, by way of CarsonCity Nevada to see Old Okie Mother Thelma, BEFORE one of Us dies.
Posted by sage at 1:25 PM No comments:

Have You All read MarionZimmerBradley's scifi stories about the FreeAmazonGuild on a patriarchal colony planet? The Sisterhood lived in Guild Houses, and hired out as mountain guides and midwives and matrix healers, and even mercenaries. I read the whole series when I was in my feminist formative stage, late 20's, and became committed to trying to build that kind of community lifestyle for myself. It was then that I realized that wanting to be a Nun when I was 12, was because I liked the Community they had for themselves. I've since dreamed of spending my old age at the OldFeministHome, with rocking chairs on the frontporch, next to the solar-powered refrigerator filled with water, ice, and beer; camping for traveling family in the backyard, on COUCHES UNDER THE STARS! And guess what? I've got it all, except for the auxilary refrigerator, right here at BlackDogJunction!!! So, FIELD TRIP YOU SAY??? HAVE I EVER GOT A DESTINATION FOR YOU!!! We can even go to the hotsprings spa 2 miles down the road, and soak away our old ager's aches and pains. What a Hoot, Hey? Oh! Susie Southland was still traveling too, this time last year...anybody have a working address for her? "Equality of Rights, under American Law, shall not be denied or abridged, by the United States, or by any State, on account of Gender." sage --- On Sun, 10/26/08, Lynn McNeill Smith
Posted by sage at 12:15 PM No comments:

Remembering My First Saturn Cycle When I was 30 in 1979, I killed the motor in my family’s Vega station wagon, and replaced it with a ‘73 Gold Ford Pinto w/moon roof and a hot-ass-repair voucher in the glove box, left the kids behind, safely tucked with their Father in their GrandMother’s Pennsylvania hometown, and took off for the Jersey Shore to help my Gay Uncle, Jimmy Paul McBride, restore a Cabin Cruiser in drydock. He later disowned me for editing the name of his boat, by painting out the B in OBLIVIA with house paint, leaving an apostrophe, to read the more Gaelic O’LIVIA, because before I’d left Home, I’d had a prophetic dream about being stretched out on the bow, hunting overboard trying to find him underwater. My Father’s baby brother wasted that entire winter at the boatyard trying to impress me into his ‘Christian’ Coven…so when I trumped his naming power, I crushed his wizard’s ego. Last time I saw him, he was crumpled over a cup of diner coffee, sobbing to his rich Yew Norker Lady Priestess, who asked me to leave him alone w/ her, so I did. He was bemoaning the $500 cost of ‘repairing’ my ‘vandalism‘, totally missing the point. I found out later from my Favorite Uncle Jack, that Jimmy had tattled on me to my Dad, after years of being incommunicado, who just told me recently that Brother Paul had died young(only 13 yrs.older than me), 10 years later in the Port of New Orleans. So, I guess he got the boat afloat, and he’d survived his unappealingly sinister moog music rituals. Too bad he‘s dead, but I’ll always remember him giving me The Spring Tour of the Big Apple, and taking me to the Top o’ the Tower restaurant at the World Trade Center where he bought me a Manhattan, then took me to a bar in Greenwi(t)ch Village to meet a witchy woman who gave me a gold earring, and introduced me to Perrier to sober me up before he took me home on the Ferry under the Statue of Liberty, where he “came out“ to me, and I had to tell him that I‘d known since he was a teen-ager. At the first bar on the Jersey side, I called a pit stop to run in and BUY MYSELF the bartender’s version of his New Jersey‘s cocktail…a Brandy Alexander, which he served to me just as my impatient Uncle came in from the car, tired of waiting for me, only to pull up a stool and flirt with the bartender while I leisurely enjoyed the classy buzz of down-to-earth barfly entertainment.
Posted by sage at 7:14 PM No comments: 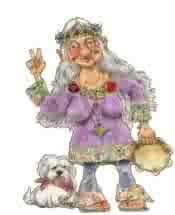 not-gay.html#links
Posted by sage at 6:58 PM No comments:

Today at the computer... 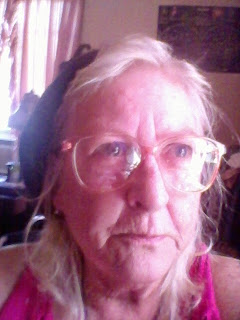 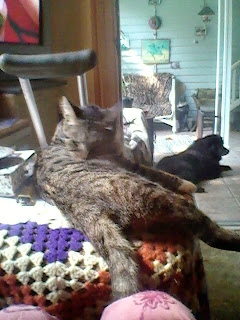 Re: the effeminate boyfriends down the hall, who have been panhandling me during siesta at my bedroom door off MY kitchen, are hereby DOOMED to be cursed by an angry, bitchy WitchDoctor...

review of my oldest blog, by Anonymous, a regular follower of thebroadsside.blogspot.com "May I simply just say what a relief to uncover someone that truly knows what they're talking about on the web. You definitely know how to bring a problem to light and make it important. A lot more people need to read this and understand this side of your story. It's surprising you're not more popular since you certainly possess the gift."
Posted by sage at 4:03 PM 2 comments: